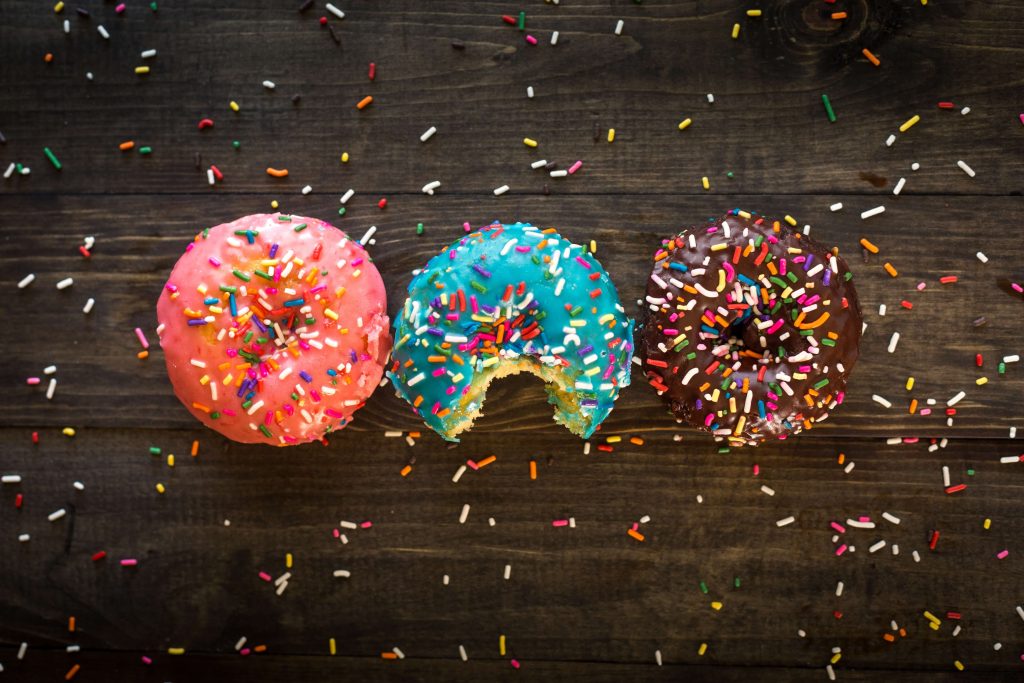 Every product uses rewards, even if they are not designed for conscious use. Rewards provide users positive feedback. These small points of happiness encourage people to step forward. If used properly, rewards can boost engagement and create a better product experience. When misused, they can cause addiction and nervousness, which is why all product people should know how they work. Science has recently made new discoveries how the brain processes rewards.

Near Misses Rewire the Brain

A study showed that frequent gamblers consider near-miss outcomes as wins. They happen when a win lacks only one small piece. For example, a slot machine shows four of the same symbols out of five after the spin.

Reza Habib was looking for a connection between habits and addiction. He asked gamblers and non-gamblers to watch slot machine recordings while in an MRI. The recordings showed three types of games: wins, losses and near misses.

How could this be important in UX?

Pay attention to near-miss situations. This really affects what people consider a reward. Use it very carefully. Use it for good: e.g. picking up a good daily habit or quitting a bad one. Motivate people to do harder tasks or something good by giving a near miss beforehand — and complete it with a full reward after they have done it.

One app encouraging water consumption can signal a near miss for a missed daily goal which still improved over the previous rate. A visual indicates a goal nearly reached with just a little bit missing. The near miss will still create the joy of achievement, which will boost motivation for the next few days.

Almost all games use certain ways to show a level of completion and to motivate fulfillment of the missing parts. Angry Birds uses hard-to-collect stars. Endless running games – such as Flappy Bird or Subway Surfers – build entirely on near misses since they always end with dying, falling down and losing. 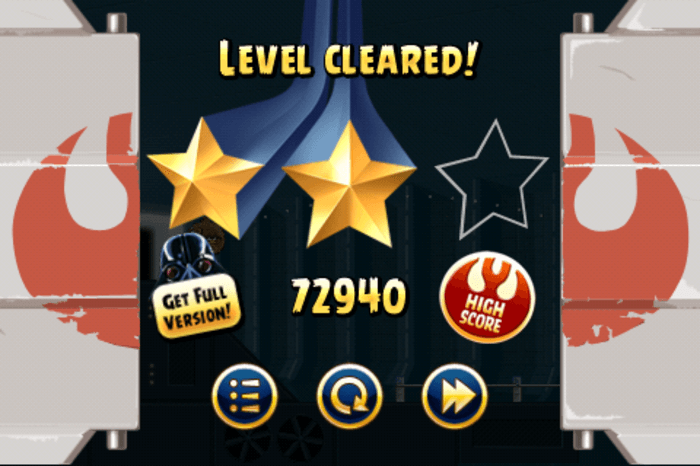 Scientists discovered that people under stress experienced three times more intense desire for a reward than others who were stress-free.

Researchers recruited university students for a recent study in Geneva. They asked half to hold their hands in ice-cold water, while the other half held theirs in lukewarm water. Each time the participants saw a certain symbol on a screen, they had to press a hand grip in order to receive a smell of chocolate.

It turned out that participants in the stressful environment pressed the grip three times more intensively than the others. And it wasn’t because of those delicious Swiss chocolate bars! Participants did not receive an actual chocolate bar, they only smelled the artificially created aroma.

Researchers also found out that wanting is independent of liking. Once the participants smelled the chocolate, they all experienced the same level of pleasure. It did not matter if they were stressed or stress-free: they had the same level of happiness after the reward.

How could this be important in UX?

Stress increases craving. If users have a hard time, they will definitely want value in exchange. Filling out a long form with personal data or needing to pay at web checkout causes frustration and wants some delight afterwards. Showcase the reward during the stressful process when the desire for rewards rises above normal, and people will push harder to achieve the goal.

People can also be “stressed before they get dressed”. What happens if they use a product while something else is already causing them anxiety? They will probably seek out a stress-release app; help them. That is why people are constantly checking that one Slack message for reactions when they are feeling down. Or they reach out to swipe on Facebook or Tinder when they have millions of other things to do.

An app can reward with a chocolate or a win that everybody wants. When people get stressed, or get into a negative valence state, they have much more determination to seek out those treats.

Also give rewards in advance. People make an effort more often if given a valuable gift beforehand. They will feel they have received something and now it is their time to give back. This illustrates the reciprocity principle.

But the same old rewards make for the same old experience unless the treat changes or varies with a massive unknown factor, as Nir Eyal states in the Hook model. Nevertheless, the closer the reward feels, the bigger the craving.

But what about a reward delights? How can some lines of code manufacture this happiness? These stories above might seem scattered, but they show the need to dive a bit deeper for more answers, literally into our brains. Every time we feel good about something, our reward system comes alive. This means a brief visit to the lands of medical Latin to help understand. Do not worry, we will keep it simple, thanks to Khan Academy.

When a pleasant feeling occurs, e.g. someone likes your picture on Instagram, the Ventral Tagmental Area (VTA) releases dopamine. Dopamine then transfers to many parts of the brain, such as the hippocampus (responsible for creating memories) and the amygdala (which helps in emotional reactions). Most importantly, dopamine transfers through the nucleus accumbens (NAcc), which is responsible for processing rewards.

Our brains try to store as many details of this pleasure as possible by linking it to memory and emotions.

If an Instagram image upload gets a lot of rewarding likes, the brain makes sure to remember its type and process. To induce this kind of feeling next time, the memory will recall the whole context.

The NAcc (responsible for processing rewards) activates in connection with rewarding, reinforcing, or both. Pleasure from drugs, sex, exercise, and food also happens here. Studies showed that stimulating the NAcc can even cure depression by 50%.

One funny thing about this nucleus accumbens, most of the dopamine transfers there before receiving a reward. It becomes less active after receiving the reward. This means the brain is most active in anticipation of a reward.

Dopamine increases reward-seeking behavior. Go crazy perfectly choosing and editing that one picture for 12 minutes for the audience. Once done and rewarded, NAcc returns to a calmer state.

How does it relate to a product? Keep rewards interesting and make people want more. Think twice about how to build up rewards. Planting a seed that makes people come back means power.

A good product design process can help you to design your rewards. Read more about it in our ebook: Product manager’s guide to UX design. An average teen watches more than six hours of screens each day in the US. They spend nearly half of this time on mobile devices. Addiction and dependence occur and we need to account for them in our products.

Remember Flappy Birds? In one of the most addictive yet simplest games in the history of smartphones, its creator Dong Nguyen did not even realize he was using psychology to impact millions of lives. As soon as he realized his power, he pulled the game. He received death threats, emails about jobs quit and families torn apart, all because an app caused dependence.

Leading companies measure literally everything. They probably know us better than we do ourselves. A few hours of Data Selfie on Facebook illustrates what I am talking about. Can we expect the company to save people from addiction? Should they warn users?

Giving users the opportunity to avoid near-win rewards might be a good start. Show an alert like Netflix, or a delete account button and let them decide. If they lack willpower, encourage breaks.

Here at UX studio, we try to use rewards to do good in products. Design applications that improve health, or teach users the Dumb Ways To Die Commuting. Help them drink more water, raise funds, spend more time at the dinner table. Reward them for improving their lives.

I recommend our article about distraction for more on this topic.

Rewards help us understand what people love in our apps. They can help us make good digital products by forming habits and also by using emotional design. It is never the best idea to manipulate users and build bad habits just to make money.

Have any thoughts on this topic? Please let me know below in a comment.