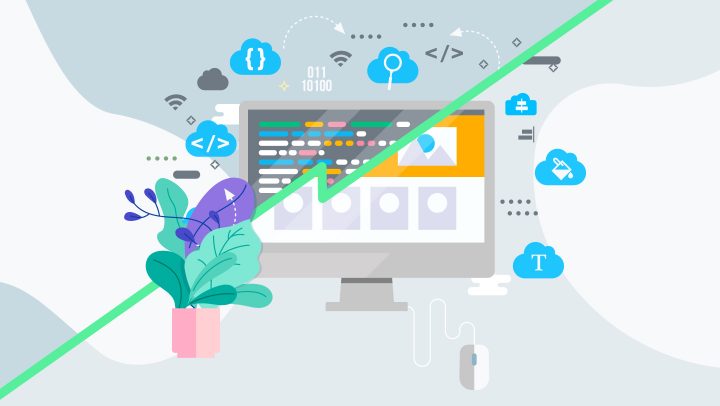 Web designer vs web developer - as a UX designer, I counter this match daily. But truly, the phrases don't stop here, we have visual designers, front-end developers, back-end developers, UX designers (like me), et cetera. We will shed a light on what each of these roles mean.

A developer friend of mine met with a client a couple of months ago. The client had a business website where he wanted a couple of modifications. For one, he wanted to add a login button. So he asked the developer:

– Sure, he replied, once a designer creates the button.

– But you work as a web designer, don’t you?

– The designer “draws” the button, and I make it work.

– But if the designer creates the button, what do I need you for?

– The designer makes just a static photo. It guides me how an element should look and where I should place it on the site, but it can’t log in anybody.

That’s my job. It’s like the difference between a photo of a fine dish, or the dish itself. The designer gives me the recipe and the photo of the dish. I cook it.

Similar conversations happen regularly between hirer and developer or designer all around the world. As I have mentioned, I counter the web designer vs web developer conversation a lot.

But don’t blame anyone here. In this digital world, so many new professions have arisen that figuring out who to reach out to when in need of a product (web page or web application) can cause quite a headache.

So if you struggle with these two terms, you’ve come to the right place! In this article, we will clear up the questions of these roles.

We will look at:

What web designers do 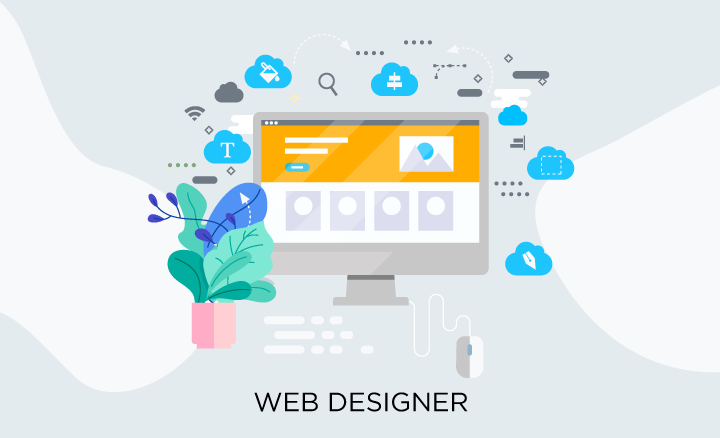 Before we dive further into details, check out these five examples of what web designers deal with:

So let’s peel the onion and take a look at these roles:

These creative professionals focus mainly on the aesthetics of a site and its related materials. They do so by strategically implementing images, colors, fonts, and other elements.

Web designers basically form a subset for visual designers. They work primarily with web layouts and deliverables, including things like icons, infographics, logos, and presentations. Plus, they need wireframing skills like a UI designer.

These two professionals have a firm grasp of Adobe Creative Suite, including:

but could also be familiar with UI creating software like:

UX studio has a fun service team which consists of UX/UI designers and UX researchers. These designers concentrate more on the look and feel of the product. That builds mainly on tons of research provided usually by – you guessed it! – UX researchers. 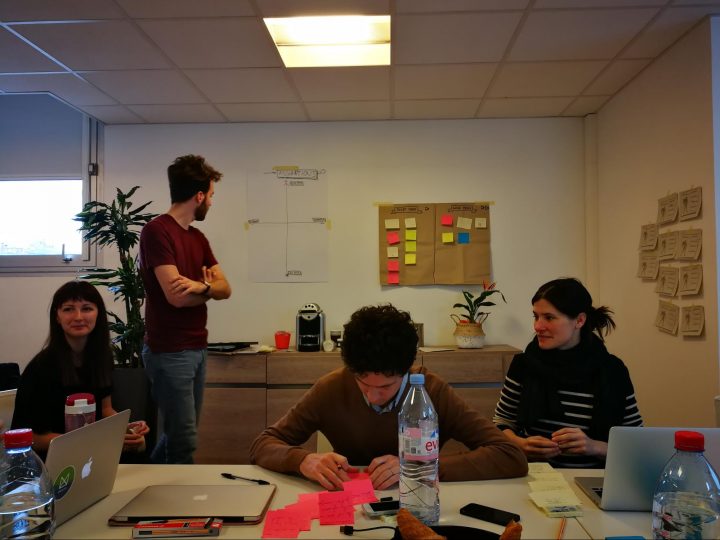 We always have a thorough design process at our UX agency. We work closely with our clients and always try to make decisions together. First, we define the problem, then create a solution.

We start with a discovery phase. In it, we transform into a vacuum and suck in as much information as possible and gather insights. After that, we define the area to focus upon and decide what we can feasibly do.

Then comes the fun part! We create concepts, prototypes followed by tests and iteration. And finally, we arrive at the awaited delivery stage, where we launch the finalized project.

We aim to navigate users through a digital platform in a visually intuitive way.

In some places, even these two professions divide into two separate people. In my opinion, you can’t do UI design without UX design, so they need to have both skill sets. 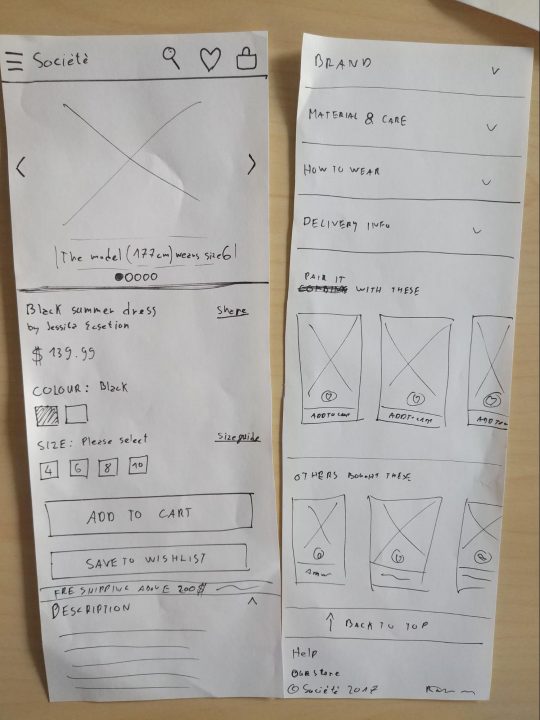 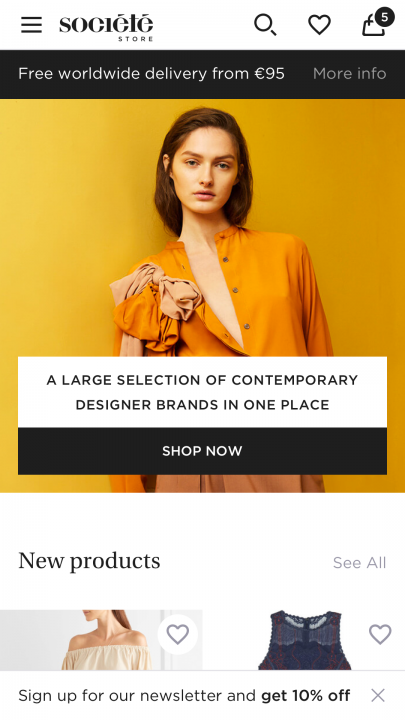 The main tasks of these individuals include:

A few types of software they use:

In conclusion, we can interchange these roles because some people started as graphic designers and worked their way up to be user interface designers. In most cases, they cover the knowledge of all the titles.

Still, some professionals get sensitive about their titles. Remember when Sheldon Cooper (The Big Bang Theory) got upset his sister called him a rocket scientist when he worked as a theoretical physicist?

So, when to hire a designer?

You’ll probably need a designer if you encounter one of the following:

What web developers do 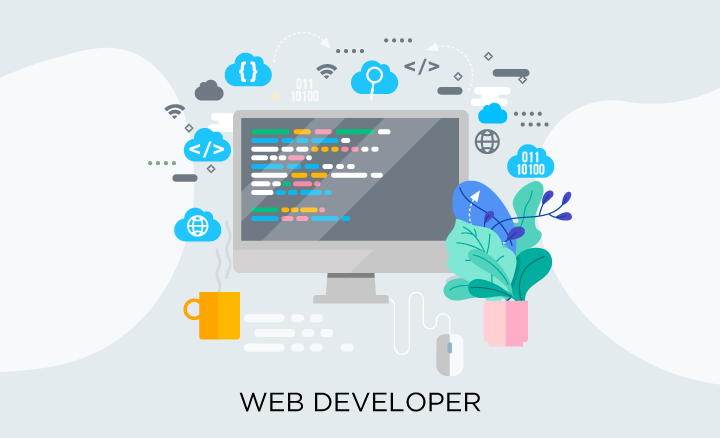 Web developers make a designers’ work come to life. But we bump into the same problem with the “web developer” label, as it has become a catch-all phrase as well.

Before we start dividing them up, let’s look at three examples of what web developers do: 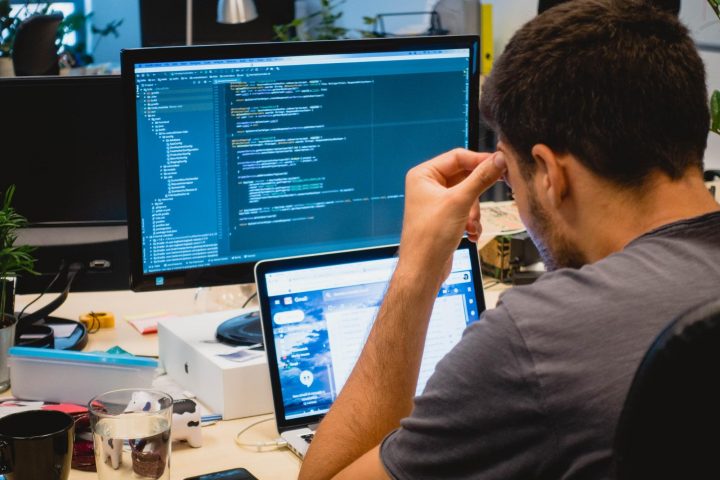 Since the Web has grown more complex, many professionals focus on specific parts of development, whether a specific programming language, framework or other technical areas of expertise.

Front-end developers take the visual design of a website and translate it into code.

Basically, they build the actual interface seen or interacted with by users.

They use the following markup languages to write their code:

So we use the JavaScript programming language on the front end. People created most interactive events happening in your browser with JavaScript. Have a fancy slider on your site? JavaScript. A snowflake animation during Christmas time? JavaScript. Someone inputs the wrong data in your form and gets an alert? You guessed it! JavaScript.

One more thing. You might have heard the terms, AngularJS, Node.js, React (and many more). All frameworks for JavaScript. Like a big library of pre-written functions, a developer can use it to make programming more effective, therefore able to create more complex sites.

Front-end development makes up the part of a web page that a user sees and directly interacts with.

Back-end developers create the backbone of the website which focuses on how web pages work by performing complex operations. They come in mostly for building interfaces with advanced functionality like user accounts.

In the case of a complex website, like a hotel reservation site or a social network application, a huge list of small functions working together diligently in the background to calculate and display the required results for you comprises what you see on the front page.

The back end basically consists of two parts:

Nowadays, the line between front-end vs back-end solutions is blurring, so more developers are becoming Full stack developers.

These individuals know both the front end and back end. Or as we commonly call them, “client side” and “server side”. They have specialized knowledge in all stages of software development. Most full stack developers specialize in one back-end programming language, like:

Full stack developers have knowledge in all stages of software development.

So when to hire a developer?

You’ll probably need a developer if you encounter one of the following:

So, web designer vs web developer. As the fields of design and development intersect increasingly, these individuals have a basic understanding of the others’ work. But let’s keep in mind that no one person can become an expert in all the above because they probably won’t have the capacity to master everything these roles contain in one lifetime.

Now that we have managed to untangle these two big groups, let’s do a small recap:

I hope this post helps you find the proper professional who will, in turn, help you with a well-planned web project that looks great and functions properly.