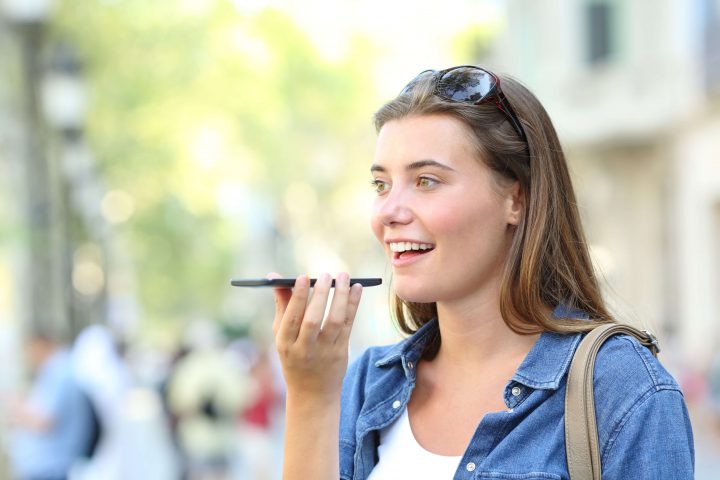 As a UX designer, I consider creating products which people will love to use my great mission in this world. Voice navigation is a great tool for that. Funny fact: I have always had a thing against computer technology. Why do I work as a UX designer then? Well, I know other people in the universe feel the same.

And I know as well that we can do it differently. I work here, dealing with digital issues from day to day to make this technology-ruled world easy and attractive for people like me – OK, for everyone. I do this by trying to turn complicated chaos into something more human.

So in this article, I’m going to cover the following topics:

How can voice navigation get closer to humans?

Imagine an application with beautiful colors, elegant icons and a pop-up with the text: “error occurred in the database, specifications needed, processing 00000FG0000JHG00//L0”. Wouldn’t you rather see: “Oh, looks like something came up. Let’s try this again, OK?” Well, it sounds definitely more like a person and not a robot.

To successfully create products people will love, I always emphasize the importance of writing. Microcopy and UX writing have to go hand-in-hand with the visual interface to really give the feeling of conversation between user and product – rather than just putting a machine or tool in the user’s hands. 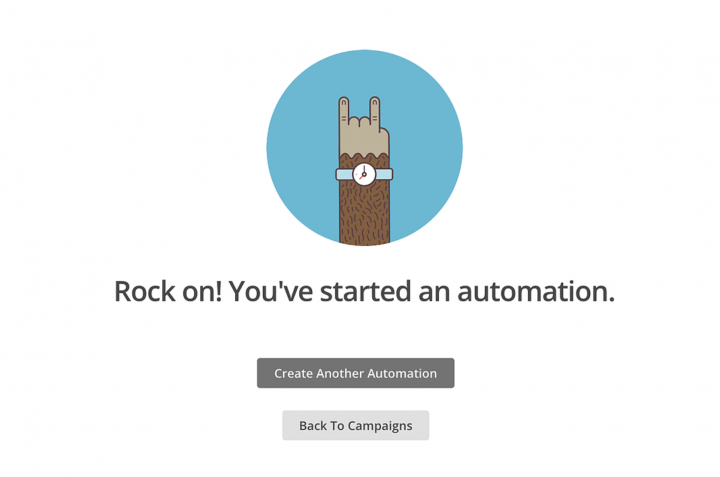 Does talking to a computer come naturally?

To go even further, I’d like to find a way to make things a little more human. People talk to each other. Yes, sometimes we just send text messages to quickly inform our friends or colleagues of something. But basically, we talk.

That should come as the most natural thing in the world. It has provided the most common way of communicating for not just centuries, but always. So to make an experience as human as possible, we should try to deal with talking.

Of course, talking to a computer can’t possibly feel exactly like talking to another person. It can’t really share the same knowledge with you so to have a deep conversation.

Real dialogues need context, and that happens between real people. But creating at least something similar will bring you closer to a more natural experience. As we wrote in a previous blog post about microcopy, people tend to treat their computers like human beings. For this reason, we can experiment with this issue.

With voice navigation, we can “‘really” make our computer listen to us.

User experience design involves creating products the target audience will find easy to understand and use – preferably for as many people as possible. We often think of a graphical user interface (GUI) when it comes to digital products. In them, our eyes usually help us understand what we see and our fingers help us navigate.

Voice navigation can form a part of the design. This extends the perception of the experience with talking and hearing – or even replaces the visible and tangible aspects.

Voice user interface (VUI) design is becoming a more common phrase, but what does it involve and how do we create it? Voice navigation basically makes it possible to communicate with a system of a device by giving it only voice input.

A VUI designer mainly works on thinking up and creating a flow of the whole process between the user and the machine. They build up as many scenarios as possible to map out and actually design the conversation.

In other words, if you want to design voice user interfaces, first think through how the user would like to get from A to B the easiest. Then write and document every single possible answer the system could give the user to any question when interacting with the device.

While doing this, write everything in a language you would speak and not write. Sound as natural as possible (using expressions such as “by the way” or “well, let me think” can create a conversational feeling). 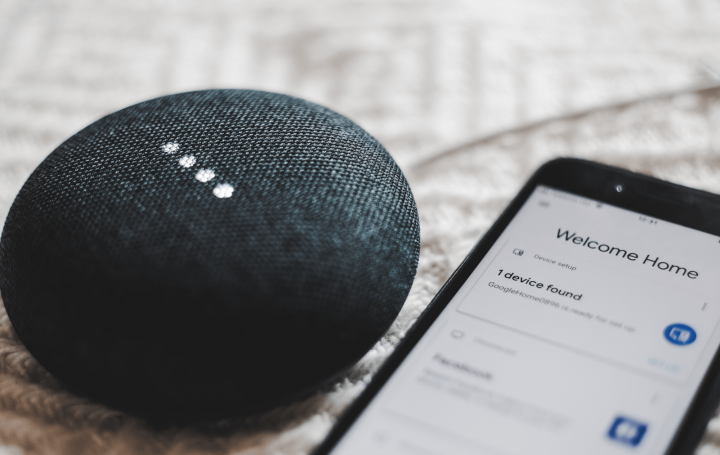 Also, always use your target audience’s words – it will win their trust. So, we can describe writing copy and designing VUIs as very closely related fields in UX.

In a voice interface, confirming tasks and marking errors with the possibility to correct them might even come across as more essential than in a visual interface. When designing a VUI, always plan ahead and write the lines of the possible conversation for these events!

Voice navigation has inspired technology for years. Now it is becoming a natural part of digital products. Through the development of natural language processing and artificial intelligence, we now consider speech recognition one of the coolest things to implement in a product.

You’ve heard of Apple’s Siri or Amazon’s Alexa – they have both reached an amount of popularity. These “ladies” have produced extremely high sales since they appeared just a couple of years ago.

Day by day, people are conducting more of their searches through voice at a rapidly growing rate. In response, different devices feature smaller and smaller screens – or even no screens at all. We have to pay attention and even focus on voice navigation.

However, right now we are all still building this beautiful friendship with voice user interfaces. We have to work hard to create them in products as perfectly as possible. Then again, we love such challenges and adventures!

Should we consider voice navigation a good idea?

So, solving a problem with just our voice can do great things, but we should do this wisely. Using voice navigation in our product comes with many advantages, but we could easily fail if we don’t do it properly. It has its pros and cons to keep in mind.

3 reasons to build voice navigation in your product: 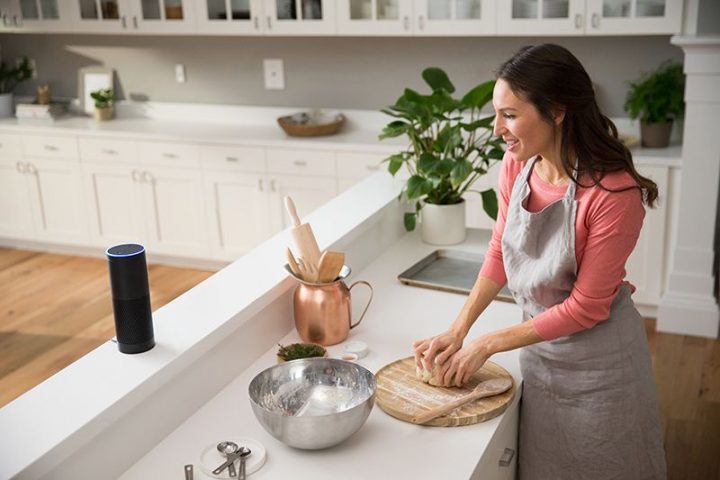 When voice navigation isn’t the way to go

And of course, consider these issues when planning to create a voice user interface:

Of course, this differentiation involves more – which you can read about in Luca’s article. We can see that VUIs have positive and negative aspects. Don’t worry; we can highlight all the pros and remove all the cons in a digital product by combining voice interfaces with visual interfaces.

You will succeed if you combine GUI and VUI when adding voice navigation to your product. The times may come when we’ll have no need for a graphical interface at all. In most cases, we haven’t arrived yet. Even those few issues mentioned above find simpler solutions visually.

Focus on the screen or the voice?

We can make an interface either screen-only or voice-only. But why not let GUI and VUI support each other if one has everything for a better experience which the other doesn’t? Some systems have basically screen-first interfaces, such as mobile phones or tablets. In them, input comes as an additional feature. Voice-first interfaces use the human voice as the primary input, supported by limited visualization on a screen. 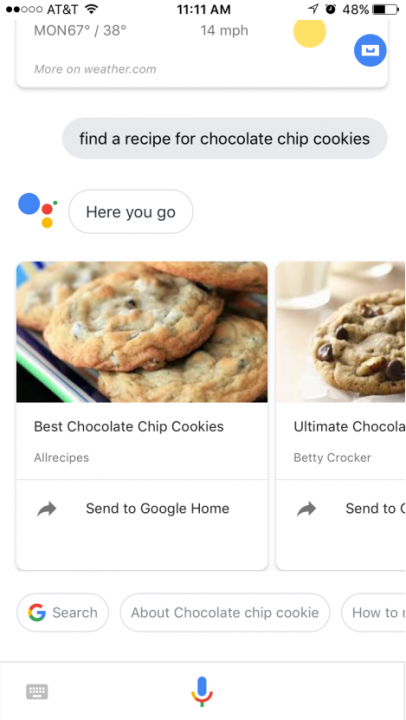 Having an overview comes naturally

Combining voice navigation with visual screens can give users the best experience. Think of even a simple menu which you want to choose something from. It would get frustrating to listen to and memorize all the options in a voice-only system just to choose from them after the system has read the whole thing.

Instead of giving the interface a quick glance to look through it all, you struggle to get the one option out of the many. You might not remember and digest everything. Of course, you should use clear and simple voice instructions, but having an overview of the options seems natural.

To solve this, just visualize in a limited way the hard-to-remember elements which would make it difficult to interpret all the information.

In another screen-first digital product, you could also create a “normal” graphical user interface and add a simple voice navigation feature. For example, enable searching for a specific song on a TV device with voice input instead of making the user frustrated, typing every single letter one by one with the remote.

In a combination of a GUI and a VUI, features support each other. That way, they create a pleasing experience for the users. You know, the people who don’t really care about the amusing technology and just want to get their requests fulfilled flawlessly.

Voice navigation itself can become a very human thing to implement in a digital product. However, we should plan and design watchfully for interfaces to do it right.

As UX designers, we have to keep this in mind. Learn to use voice navigation wisely so we can make users happy by creating the best experience.

Want to know more about the UX process? Download our free ebook Product Manager’s Guide To UX Design to read our UX case studies and learn about tools and tricks.

We also have additional reading for you, an actual hardcover Product Design book as well! And we ship it worldwide!

More into in-person learning. Reach out to if you are thinking about organizing an in-house UX training for your team. We sure have some ideas! 😉