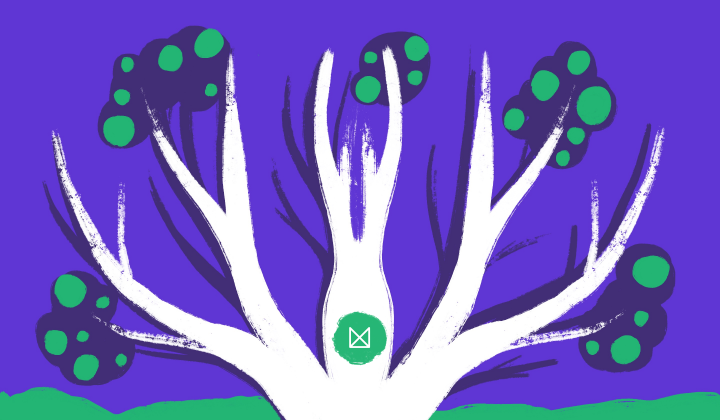 Every Friday we sat down for an hour to our usual how-we-work ritual, when the six of us discussed how we should do things at work.

People brought up many different topics in these meetings: how to do certain design tasks, how to handle difficult clients, how to hire new team members, etc. And we always came up with a general solution we could use in the future any time the same problem occurs.

Without any further instructions, people started doing things as we agreed on during our Friday discussions. It was simple, easy, and as I said, it worked like magic.

We were super proud of being part of this team.

But as we grew something has changed.

The struggles of growth

Somewhere between 10-15 people, suddenly no one did what we agreed on during the Friday sessions. To be honest with you, I still don’t really understand why.

We started to appoint people to be in charge of implementing the changes we came up with. All the things we did spontaneously before turned into more formalized roles.

As we grew even bigger we appointed a full-time leader to lead this group of 20 designers and researchers who work for our clients. We named this new position the Studio Lead.

With the new management layer in place we felt our weekly discussions about recent issues were too chaotic. We liked them, but we missed having a clear “strategic” direction the company goes.

So we started using OKRs, which hasn’t helped too much. We had some successes, but it was total random which objectives lead to meaningful change.

How naive we were.

Later it turned out the problem is not how we set objectives. We had a structural issue. Or to be precise: we had an issue with the absence of structure.

How hierarchy and structure became the enemies

During the 2010s flat organizations were one of the popular buzzwords. Everybody was talking about how they hate hierarchy. And this message was very easy to identify with.

During those days (and even today) many people were working in terrible environments. Mean bosses, continuous micromanagement, endless approval processes, treating smart people like children and bureaucracy everywhere you look.

When people had to explain themselves why they have to suffer they usually said “this is the only way you can manage such a Big Company”. And when they were upset they just said “I hate this hierarchy.”

This is how hierarchy became the common enemy.

And the solution? Remove hierarchy, obviously.

So were we, with a 25 people team with only one manager, our Studio Lead.

Our Studio Leads were great people. They fought heroic fights to move our team forward and help their people. But that was obviously not enough.

It took us a few years and a pandemic to realize flat organisations are bullshit.

The pandemic amplified everything

As a digital native company it was easy for us to continue work during the pandemic. Even before the pandemic our people had the option to work two days a week remotely.

But after last year we experienced some issues. The team spirit in our UX service team was down, despite the many online board game nights and remote lunches. People lost the sense of belonging.

Although we saw these symptoms on our big, 25-people UX service team (they provide design services to client companies), our own small product teams (they build our own SAAS products) were doing fine.

This was the moment our great Studio Lead Dan Jecan came up with the idea to break down this huge team into smaller ones.

The symptoms of the flat disease

Being flat means there is less management and less layers or less structure in the organisation.

Flat is a misleading concept, as in most cases not structure or layers cause the problems people suffer from. So removing them won’t solve the problems either.

I can admit that becoming flat can provide temporary relief in a company with bad management, weak culture or too much bureaucracy. In these cases becoming flat will remove many internal obstacles and give people an opportunity to do a better job.

But soon after the change new issues will arise caused by the flat organisation structure itself.

Our case was different. We haven’t suffered from internal issues, but because of the flat org buzz, we postponed building up the right structure, and we forced a flat structure on ourselves that clearly hasn’t worked.

The problems you will experience as you grow in a flat structure:

Our cure for the flat disease has two steps:

You probably also heard the most popular sentence of 2020 many times: “Your mic is turned off”.

Turning on and off mics is not a big deal, but this small nuance can have an effect on team dynamics. I actually believe the ideal team size for remote teams is the number of people who can be in a video call without the microphones turned off. This is currently somewhere between 3-5 people, depending on circumstances.

So we are now breaking up our 25-person flat team into 5-person squads, and we appoint squad leads to lead them.

Our goal is to provide a smaller team to people, where they can belong to. We hope we will be able to build stronger, more meaningful relationships and learn more from each other. We expect that in smaller teams real camaraderie and candid feedback will be commonplace.

We learned the truth about flat organizations the hard way. It was easy to blame hierarchy and structure. But in reality bad workplaces suffer from bureaucracy, bad leadership, micromanagement, stupid policies and the lack of trust in employees.

Removing structure is much easier than establishing great leadership, empowering people, and nurturing the culture.

So we are building back more structure now, and focusing on great culture and high-quality leadership. And this is something we are actually very good at.

Instead of introducing more common rules, policies and processes, we will focus on giving people freedom and responsibilities, giving them the necessary training and mentoring, and providing forums where they can discuss issues.

Instead of creating big flat groups of people, we build autonomous, small teams.

Instead of centralized management power, we give these teams freedom, autonomy, and of course responsibility for their own results.

When we talk about high-quality leadership, we don’t think about your traditional old school bosses.

We like to call our new structure United Teams.

It’s a federation of independent teams, where we give people the necessary freedom and responsibility to do their best work in their lives.

I’m super excited about this new structure we introduce now in our UX service team, and I can’t wait to see how it will work out in the long run.