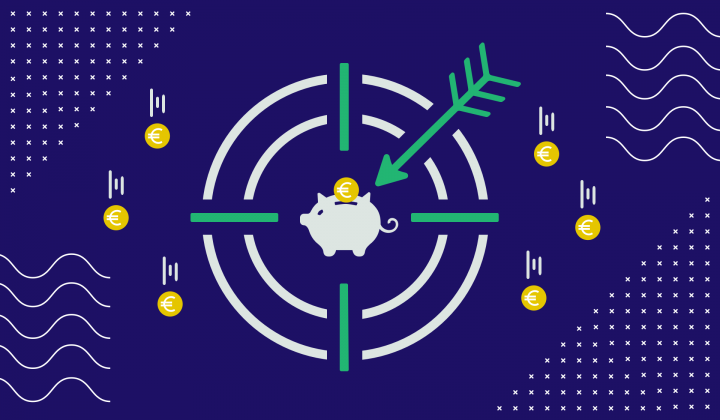 In November 2018, we had to make a serious decision at UX studio. This was the first time we tried to set a company-level goal for the next year. We already had team-level objectives set by our teams every 3 months, but I felt the need for a longer-term goal that would bring the whole company together.

This was not an easy time in UX studio’s life. This story is about how we turned a difficult situation into a great opportunity and a huge victory for all of us. But let’s start at the beginning.

It hit me like a hammer when one of the best designers in our team resigned in order to move to Switzerland. I got a message on Slack from the leader of our design team: “Do you have a minute? We need to talk.” No subject, no topic specified. You already know it’s something that will ruin your day.

The leaving designer’s motives were the urge to see the world and to earn more. He was super thankful though. He told me multiple times in person and in writing that UX studio was the best place he ever worked at. He learned a lot here, and we boosted his career so much, that he is now welcome at the best companies.

But all of these mean absolutely nothing when one of the best members of your team leaves.

We already offered a lot to people who wanted to see the world. We made it possible for them to take out months of unpaid vacation if they wanted to go on that life-changing trip to Bali or to volunteer in an orphanage in Brazil (both of these actually happened).

But in 2018 I felt we could do more salary-wise. During the first five years in UX studio we always put our values first (taking projects we like), which meant on some occasions our salaries were a bit below the best market rates.

From time to time, people were complaining about this. They didn’t understand if we were such a great company, why didn’t we have top-notch salaries. But in most cases, they didn’t leave because of our great company culture and team. 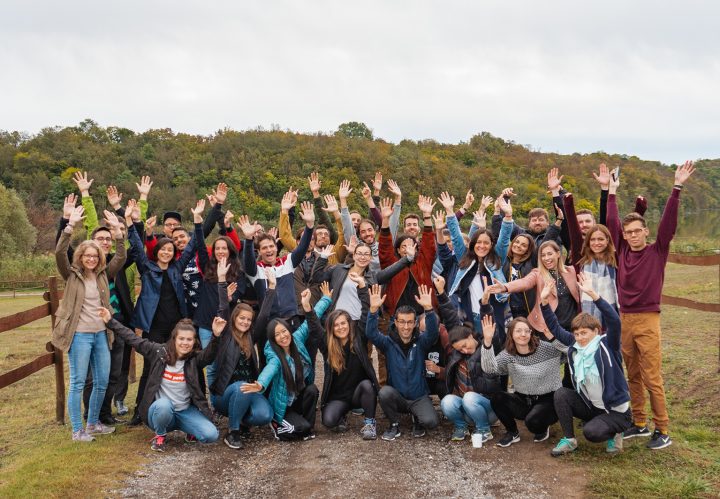 In November 2018 I announced that we would have a company-level goal for the next year. Since we already had to set the team-level goals I skipped the usual workshops we used for setting goals.

I made a poll right away with the 3 main topics I heard from people frequently:

When I told this story to my parents or friends they usually gave me a smile and asked: “What have you expected?” Of course, they will vote for a salary raise.

But at our company, it’s actually not that obvious. Two years earlier, before we started building our own product, we had a similar vote with two options: raise everyone’s salary immediately or start a product team. There were a lot of discussions and arguments, but in the end, the product team won in a tight vote.

This time the salary raise won.

And here I want to clarify something: at UX studio everyone gets a salary raise at least once a year. So the vote was not about getting a raise or not in 2019. We wanted to raise all the salary levels big time, way above what we would normally get.

What does it take to raise salaries with 20% for everybody?

First I sat down to collect and analyze industry data and came up with an ambitious plan. When I showed the numbers to our CFO she said it was not possible. But I was determined so we started brainstorming about how to make it happen.

After a lot of calculations, we ended up with three criteria. If we could do these three, financially we would be able to do the big raise. 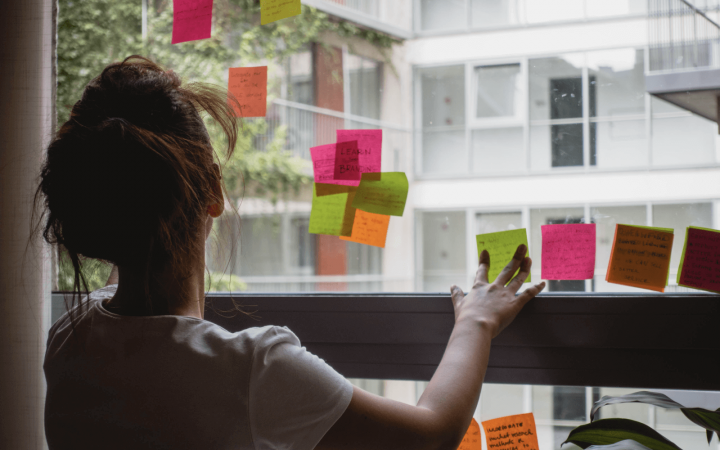 We started 2019 with huge enthusiasm to reach these goals. Even though the third one about reaching break-even with our own product looked pretty risky, we said to ourselves that with a bit of luck we can reach these goals by the summer. Well, it turned out to be a much longer journey.

At the beginning of the year, there was friction going on between our sales reps, and I had to fire one of them. In May with half of the salesforce, we hit a down-season. It was miserable. At least we were able to hire a great new biz dev manager, the best I have worked with since the beginning. By the end of spring, things started to go better again, but in June we were left with one biz dev person again, this time with a great one.

Our design team grew as we planned, but we realized it is much harder to sell a bigger team. If you ever tried to raise prices, grow your team and build up the salesforce at the same time you will know what I am talking about. Usually, you can do only one of these three at a given time.

As one of the best decisions in 2019, I appointed a business team leader to manage the sales, marketing, hr and financial aspects of our design service business. This removed many operational tasks from my todo list, and with some therapy, I managed to stay sane during the second half of the year.

Although we worked a lot to reach our goals, my team leaders and I haven’t felt the support of the whole company. While we did long hours to bring in the clients we needed, the design team was complaining about many different issues. The morale was down. 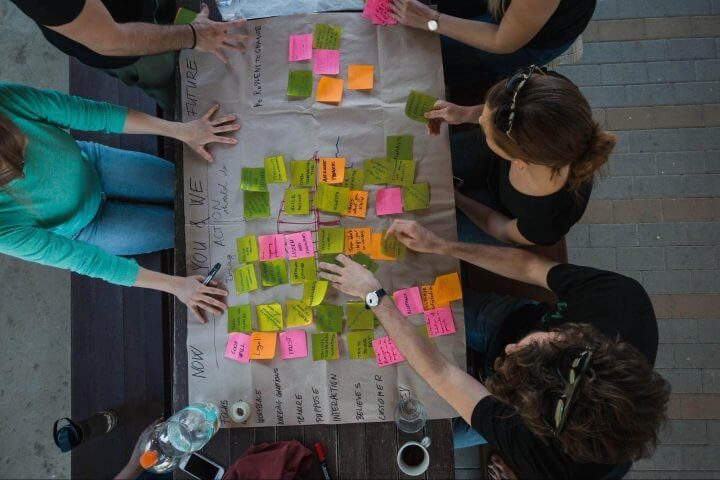 So the leaders of my design team and the business team came up with an idea. They wrote up the 3 goals we had on a whiteboard, where everyone could see them. Every Monday, during our usual 15 min all-hands meeting they marked where we were with our goals on the board, and they also used post-its to put up the best achievements by the team, which helped us to move forward. The whiteboard helped us a bit to gain back team spirit and encourage a better attitude. This whiteboard was there throughout the year, and week by week those three goals burned into everyone’s mind.

And while we were struggling with our design service team a bit more than expected, our product, uxfol.io was growing quietly week-by-week. It was a huge surprise that by the summer the product team was the first one to get close to reach their goal.

The last mile is always the hardest

I also learned a new thing about long-term goals. When you get really close, you will have a sobering moment when you run your calculations again and you realize you left some details out, so you have to do a bit more.

When we almost reached enough paying subscribers to reach break-even with our product we made our calculations again, and because of some factors we ignored during the original ballpark calculations, we had to reach a higher number than we expected. Of course, the team was upset when I told them about raising our goal number, even though we have transparent finances and I asked our CFO to explain everything in detail to them. 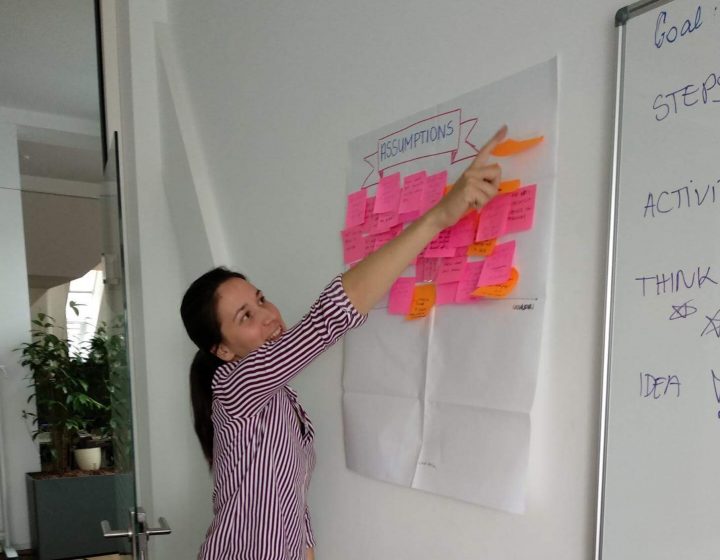 We had to work for another month, but in August we were able to tick off one item from our list, we reached break-even with our product. We went to a local bar with the whole company to celebrate.

What are you ready to give up to reach your goals?

Fall came and once again, our designers and researchers started complaining about the quality of some of the projects we were working on. And they were right. In 2019 we had to give up some of our values to reach our big salary goal. It’s sad to work only for the money, and we felt that sadness.

On the other hand, we were able to attract some really great clients as well, like Google and Netflix. So, in reality, it was a mix of good and bad, but if you are a leader you usually meet with the problems more frequently.

By November we managed to reach all three goals. We reached break-even with our product, we grew our UX team to 26, and we raised our price.

Even though we reached the goals themselves, we still couldn’t do the big raise. Unfortunately, not enough people were working on client projects from our bigger design team of 26. We had to wait until we had enough clients to give work to the bigger team.

It’s funny, but when we had sales struggles both in May and November, some people showed up who wanted to buy UX studio. The temptation always comes when you hit the bottom. I said no both times and I’m happy I did so.

By December we collected a huge financial reserve, new clients came in, and we had a meeting with my CFO and my Biz team lead about what to do. We did our calculations again and again, and although it seemed a bit risky, we felt we reached the level where we could do the big raise. We announced it to the team two weeks before Christmas. Everyone was super happy and surprised. They thought we needed a few more months.

It took us a year, a lot of hard work and stress to get there, but from January 2020 we raised the salaries of everyone in UX studio with an average of 20%.

The team decided to pursue salary raise as a goal, we figured out what was needed to be done and we reached our goal in a year. It was a lot harder than we thought, and it took longer than we expected. But we did it, and now we can focus on other great things.

This is a typical Eastern-European story, where the economy is catching up quickly with Western countries, which results in a national average of 8-10% salary growth per year. This is a great thing, but it also puts huge pressure on businesses.

Now that we reached our big goal for 2019, it’s time to set new goals for 2020. You can be sure these will not be about money and salaries. It’s time to go back to our roots and think about our values.

We already have some great ideas.